When Lyra was a few months old, I first wrote an essay titled, “Learning About Lyra.”  Now, more than four years later, we have traveled far down the road of our journey with our daughter. This short piece was published in the Akron Beacon Journal on March 12, 2017 and can be found on Ohio.com. Please feel free to share it, especially with anyone who has learned their baby has Down syndrome.

“Is there a vagina?” I asked the midwife the moment I pushed a baby out of my womb for the final time.

My fifth child is my first daughter. Or so the doctors had told me during an ultrasound 18 weeks into my pregnancy. But reading ultrasounds is a subjective art and there are no guarantees. We knew this.

Pregnant at 46, I refused amniocentesis because of the small chance the procedure could cause me to lose the baby. The blood work and ultrasounds in the middle of my pregnancy did not reveal any abnormalities and when, in my last trimester, I had a fetal echocardiogram, the cardiologist said everything looked beautiful and “beautiful is better than good.” 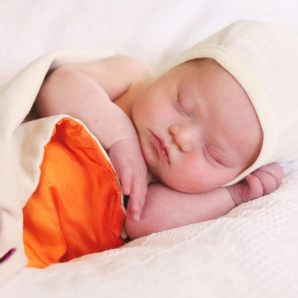 Bluish and slippery when the midwife handed her to me, the baby energetically bleated dissatisfaction. With eyes squeezed shut, she easily began to suckle my breast. Her skin pinked up, her umbilical cord was cut and our girl, whom we named Lyra, was perfect.

When she finally opened her eyes, I mentioned they looked “Downsy.” Then I noticed the ghostly pallor of her pupils and the bulk of skin on her neck. The midwife, who had listened to Lyra’s heart the moment she was born, said, “I’ll fully examine the baby in a few minutes, just hold and nurse her for now.”

In the middle of our bed, Max and my son Jules huddled with me around our new child. The midwife knew. So did my friend who was there to photograph the birth.

Our daughter has Down syndrome. And she was blind. The murky white of her pupils was due to bilateral cataracts. When she was born, I knew nothing about Down syndrome; what little I thought I knew was just outmoded and inaccurate stereotypes. Nor did I know anything about raising a child with visual impairment.

On Lyra’s second day of life, we met with a genetic therapist. She took her time answering our questions, which was the start of our education of what it really means to have Down syndrome today in the United States. It is radically different from when Max and I were growing up. For example: When I graduated from high school in 1983, the life expectancy for someone with DS was 25. Now it is 60 and increasing.

The weeks after Lyra’s birth were chock-full of appointments, verifying she had Down syndrome (DS), that she had no life-threatening conditions (about half of babies born with DS have heart defects, most of which can be fixed) and, most urgently, taking care of her cataracts.

At 6 and 7 weeks of age, Lyra’s natural lenses were removed, one surgery at a time, at Akron Children’s Hospital. Because implants are not recommended in children so young, Lyra wore contact lenses until she was 3, when she switched to glasses.

At 3 months, Lyra weighed 9 pounds 12 ounces, less than two of my boys weighed at birth. She didn’t reach her baby milestones at the same age as her brothers due to hypotonia, or low muscle tone, found in nearly all babies with Down syndrome. Yet she remained in the range of normal development compared to typical babies.

Accomplishing this was due in part to participating in Akron Children’s Hospital’s physical, occupational and speech therapies for over two years. We became so close to her therapists that I had mixed feelings when Lyra no longer needed their services. I was thrilled for her success but sad to leave our team.

The truth is, nobody knows what the journey will be with any child. I have two sons with severe dyslexia who required significant interventions. I have another son who turns to gold anything he sets his mind to — music, sports, academics and visual art. Yet it is this ridiculously talented son who regularly commandeers immense amounts of my attention and energy. Watching not only who they become but also how similar and how different each child is from the others is one of the joys of raising a large family. 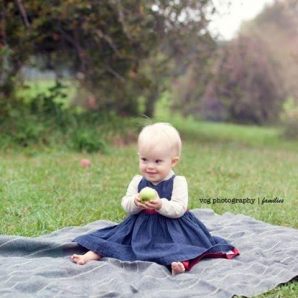 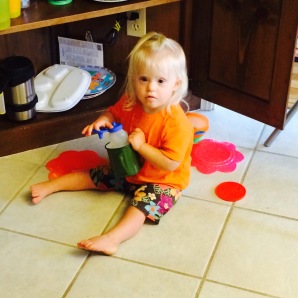 Today Lyra is 4 and Max and I both feel like we have graduate degrees in Down syndrome studies. But more importantly, we now know our daughter. She’s a talkative extrovert with a chipper personality, unless you try to make her do something she does not want to do. Then she’ll fight you with the might and cunning of an oiled otter. She loves music and, if she likes you, she’ll ask for your hand so you can sing and dance Ring Around the Rosie with her.

Did we grieve over Lyra’s diagnoses? Max immediately and steadfastly saw her as perfect. At first, however, I felt robbed of doing the things I imagined I’d do with a daughter. But I was wrong. Lyra is the daughter I always wanted who does everything any daughter could do, just sometimes at a slower pace.

In future columns, I will further introduce Lyra, and others who shatter the perception that a life with DS is a limited one.

Nature Is What We See